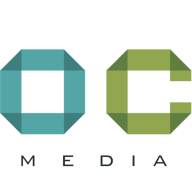 A year and a half after Abkhazia banned abortion, reportedly to increase the number of births, reports of women’s deaths and pregnancy complications have became more numerous, while the number of babies being born has not increased. Local activists have called on parliament to change the law, which they say discriminates against women.

The amendment to the Law on Healthcare passed in early 2016 banned abortions in Abkhazia in almost all circumstances. It has provoked heated discussion in Abkhazian society, with local activists still raise the issue periodically, arguing either for or against the law citing various arguments.

We talked with three women who have been directly affected by the ban. All three asked to remain anonymous; they said that their problems were too sensitive to bring up in public — but that they could not remain silent.

We first spoke with a mother of two who said that when her husband found out that the family was expecting one more member, he simply left.

‘He told me I should have just not got pregnant if I didn’t want to. He said that he couldn’t cope with family responsibilities anyway and he just left’, the woman said with tears in her eyes.

‘I approached a charity and asked them to help me have an abortion, but they persuaded me to keep the child, promising to provide help after the birth’, she said.

The woman says that financial difficulties were the only reason she didn’t want to give birth to the child.

‘If mothers were given higher allowances, more than ₽500 ($8.50) a month, we would have children. But the state doesn’t want to help us, all they do is to forbid things’, she said.

The ‘sinfulness’ of abortion

The original author of the law was Vice Speaker of Parliament Said Kharaziya.

Supporters of the law talked of demographic fears in Abkhazia and the supposed ‘sinfulness’ of abortion. According to Khazariya, no one has the right to take the life of an ‘unborn soul’.

Before the law was adopted, there were suggestions that the ban should apply only to ethnic Abkhaz people. However parliament dismissed the approach as discriminatory, deciding to ban abortion altogether, even in the event of serious medical complications.

During the session of the parliament when the amendment was adopted, Said Kharaziya said that ‘everything was in God’s hands’.

Not everyone can afford a child

Our second respondent found herself in a similar situation, she already has three children and is unemployed. Her husband only has irregular work, and their social benefits are barely enough to buy school supplies for the couple’s older children.

She told us that she can’t afford to pay for a trip to Russia to have an abortion. Despite childbirth being free under the Abkhazian law, she will still have to give the doctor a huge bribe.

‘I received ₽1,000 ($17) in benefits for two children and came to Sukhum for a scheduled examination with the doctor. This money is not enough. I have to pay ₽1,500 ($25) for the tests alone, and then I have to pay the doctor. So that’s how I’ll spend my whole pregnancy, not knowing if my child is fine, and I also need to save money for childbirth. Until the doctor receives ₽20,000 ($337), the newborn won’t be released from the hospital. They come up with different problems, like the child has jaundice, but the moment they see the money, the baby is suddenly alright. I already went through it three times’, she said.

‘No abortions for women with Abkhazian passports’

Our third respondent, determined not to have a fourth child, went to Sochi, right across the Abkhazian–Russian border. Even there she encountered difficulties, as a number of Russian doctors were refusing to terminate the pregnancies of Abkhazian women. She was categorically rejected by several doctors, yet in the end, managed to find one who agreed to go through with the procedure. She had to pay about ₽3,000 ($50).

‘I was told at a clinic in Adler [district of Sochi] that women with Abkhazian passports can’t be given abortions. Some kind of order had come from above. But this one doctor felt sorry for me and sent me to another clinic in Sochi. There I was also coldly received. They said they had also been instructed not to give Abkhazians abortions. They said that they have 700–800 Abkhazians terminating their pregnancy each month. But it was my goal to remove the foetus, and I wasn’t going to stop at anything. Maybe this doctor noticed and felt sorry for me’, she said.

These are the reasons Viktoriya Vorobyova, an obstetrician-gynaecologist at the Sukhum Maternity Hospital, is categorically against the ban on abortion. She told us that someone who really wants to have an abortion will find a way, while economically disadvantaged and often poorly informed women will continue to give birth, including to sick children.

‘Women order pills for chemical abortion online, they administer them themselves, even in late pregnancy. We have had women with severe complications at our hospital. One patient, after taking such a “miracle pill”, had her uterus seam loosen and the foetus fell into the abdominal cavity. We barely saved her’, Vorobyova said.

Two pregnant women have died since the ban came in. Their children were saved, but their two large families were left without mothers.

‘These women came to the hospital early in their pregnancy to terminate them, but they were turned away due to the ban. One died from eclampsia — a severe condition that occurs only in pregnant women. The second shouldn’t have give birth either’, the doctor said.

‘Women need explaining how to behave’

Member of Parliament Alkhas Dzhindzholiya mentioned the need to soften the ban in his parliamentary election programme, saying that abortion should be legal when there are medical complications. But even now, as he says, women have the opportunity you have an abortion without violating the ban.

‘If developmental defects in the foetus are diagnosed, or the woman herself is sick, then a consultation meeting between several doctors is held. A record of the consultation goes to the Ministry of Health and there they decide  whether it is possible to let the woman have an abortion. There are already precedents for this’, Dzhindzholiya told us.

As for changes in the legislation, he said that more work was needed.

‘We should not approach this issue categorically. You can’t allow full permission for abortion, but at the same time, you can’t put [women’s] lives at risk. That’s why we consult with the public. In general, we need to work with women. They need explaining how to behave, so they don’t need to have abortions later’, Dzhindzholiya said.

Dzhindzholiya discussed only medical factors. Social aspects, such as the financial situation of families, are routinely ignored by Parliament. Politicians say that there are always ways to avoid unwanted pregnancies. Any woman can receive a free consultation and various contraceptives at the state-funded Centre for Reproductive Health.

‘Maybe we don’t inform the public well enough about the activities of the centre’, Vorobyova admits. ‘We need to work with young people, explain to them that [contraception] is nothing to be ashamed of.’

There is currently only one such centre in Abkhazia, in Sukhum. Outside of the capital, international organisations occasionally implement programmes offering contraceptives, or to educate people about how and why to use them, both to protect their health and prevent unwanted pregnancies. These are all, however, sporadic at best.

This article was prepared in partnership with OC Media with funding from  COBERM. All place names and terminology used are the words of the author alone, and may not necessarily reflect the views of the editorial boards of OC Media or Civil.ge.