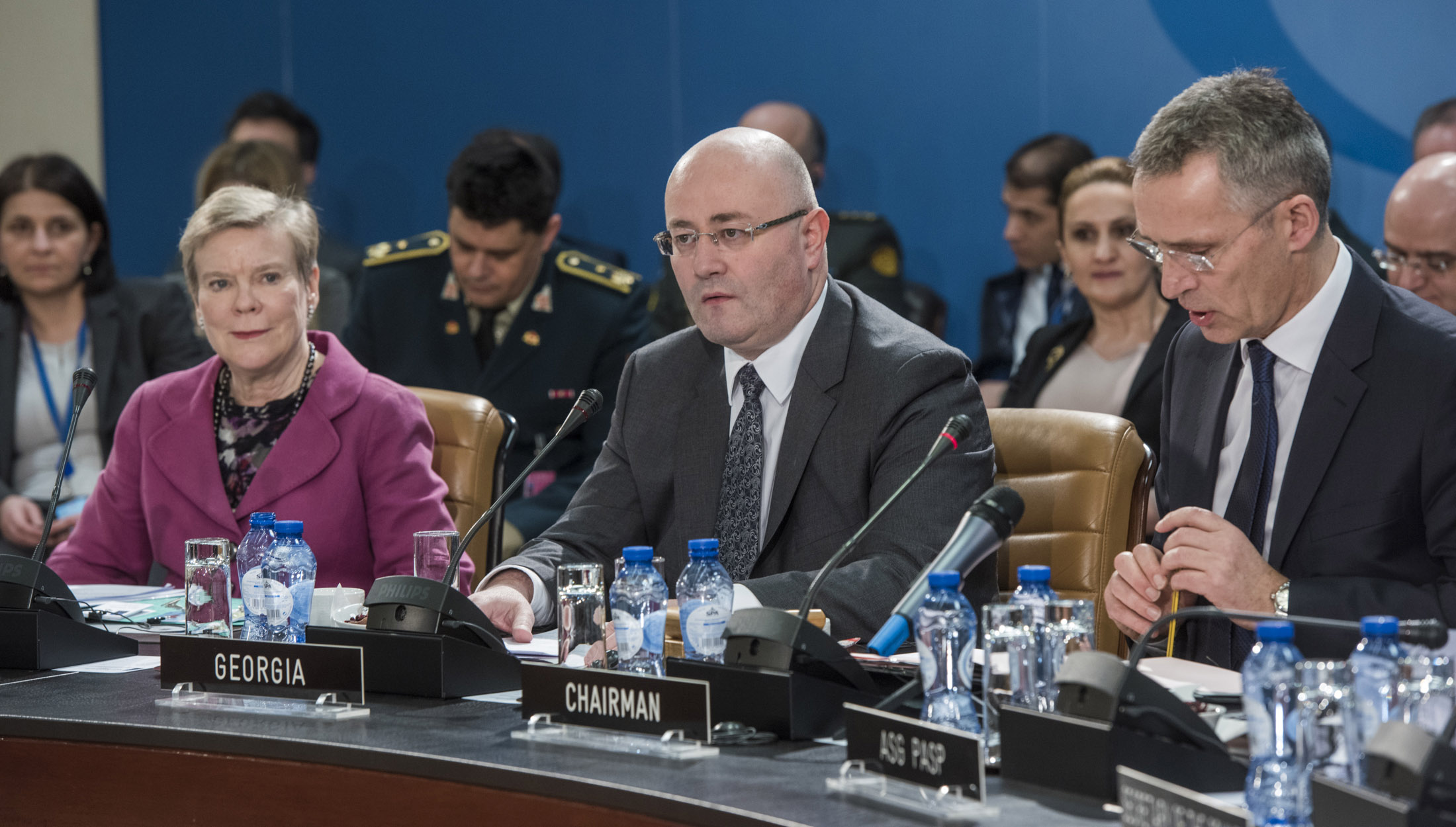 NATO will continue “to work together and to provide the practical tools to help Georgia advance toward eventual NATO membership,” NATO Secretary General Jens Stoltenberg told the press on February 16, following the meeting of the NATO-Georgia Commission.

The Commission, held at the level of Defense Ministers, examined the security situation facing Georgia, including the challenges in and around the Black Sea and NATO’s strengthened presence in the region.

The Commission also covered the country’s defense reforms, particularly the Strategic Defense Review, which, in the words of the NATO Secretary General, will create “more responsive, efficient and sustainable forces.”

Stoltenberg also stated that NATO is “strongly committed” to Georgia’s security and territorial integrity and “concerned by Russia’s deepening relations” with Abkhazia and South Ossetia.

“We call on Russia to reverse its recognition of these regions and to withdraw its forces from Georgia,” he added.

Georgian Defense Minister Levan Izoria, who attended the Commission on behalf of Georgia, held bilateral meetings with Jens Stoltenberg and Kenneth B. Handelman, acting Assistant U.S. Secretary of Defense, as well as his Turkish, British, Latvian and Lithuanian counterparts.

NATO Defense Ministers gathered on February 15-16 to address the Alliance’s response to terrorism and threats stemming from the Middle East and North Africa.

The Defense Ministers also discussed NATO’s plans for strengthening its air and maritime presence in the Black Sea region based on a multinational framework brigade in Romania.

According to the Secretary General, the Allies also agreed on two additional maritime measures: an increased NATO naval presence in the Black Sea for enhanced training, exercises and situational awareness, and a maritime coordination function for NATO’s Standing Naval Forces when operating with other Allied forces in the Black Sea region.