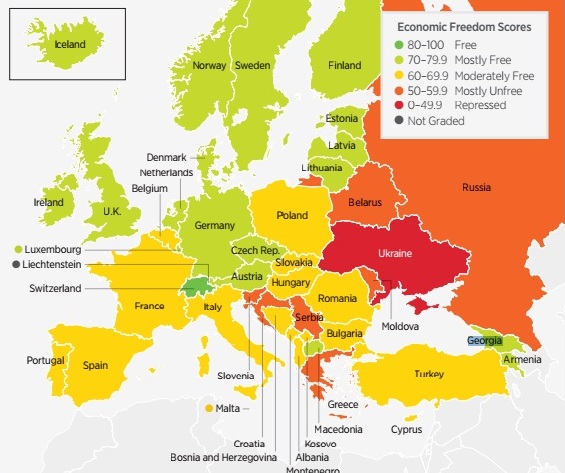 According to the 2017 Index of Economic Freedom, an annual publication by the Heritage Foundation, Georgia is ranked as 13th freest economy in the world and 5th freest in Europe, falling behind Switzerland, Estonia, Ireland and the United Kingdom.

Georgia’s overall score has improved by 3.4 points since last year reaching 76 points. As a result, the country still remains in the “mostly free” category.

Public debt and budget deficits “remain under control,” according to the report. “Large-scale privatization has advanced, and anticorruption efforts have yielded some notable results,” it added.

Countries are graded and ranked on a scale from 0 to 100 with 12 components of economic freedom that evaluate the rule of law, government size, regulatory efficiency, and the openness of markets.